For saving on rental cost, a significant population of urban migrants make their homes in unauthorized colonies, slums and informal settlements. They also spend a major part of their lives in commuting to their workplaces either by cycling or walking to reduce the travel expenses. In order to offer them ease of living and significantly improve their work productivity, the Government of India has deeply felt the need of actively promoting the concept of rental housing for them, for ensuring the achievement of their inclusion in urban development.

To take the right step forward, the Ministry of Housing & Urban Affairs, Government of India, has launched the ambitious initiative of Affordable Rental Housing Complexes (ARHCs), which is a scheme that comes under the Pradhan Mantri Awas Yojana – Urban. The main objective which this scheme aims to achieve, is offering this section of society ease of living along with providing clear access to planned and dignified housing to the urban poor, in close proximity to their place of work both in the non-formal urban economy as well as the industrial sector. lodha gardenia new cuffe parade wadala

When was the scheme announced?

The Affordable Rental Housing Complexes scheme which was announced by the Government of India in the month of May 2020, as a part of the broader economic stimulus package. This scheme was given approval by the Union Cabinet on the 8th of July 2020. The scheme is being viewed as an important step towards achieving the vision of ‘AtmaNirbhar Bharat Abhiyan’. In addition, this would give a big impetus to the broader objective of “Housing for All”.

Who will benefit from the ARHC scheme?

Initially, the ARHC scheme will benefit to almost 3 lakh people, particularly the migrants and the urban poor from both EWS and LIG categories. This includes all those who travel all the way to urban areas from small towns and villages for better employment opportunities. lodha wadala

A beneficial ecosystem for migrants and the urban poor

According to the operational guidelines of the scheme, housing projects listed in ARHC have a mix with a mix of minimum 40 dwelling units along with dormitories. These units come along with basic civic infrastructure facilities such as potable and non-potable water, sewerage, sanitation, electricity, roads, and septage.

The government has outlined the following two models for implementing ARHCs:

This model involves converting the existing vacant houses funded by the government into ARHCs through the route of public private partnership (PPP) or by public agencies.

It would be the responsibility of the selected concessionaires to ensure that these complexes are liveable by by regularly undertaking retrofitting and repair work, proper maintenance of buildings in the complexes, and addressing all concerns related to sanitation, water, sewer, road, etc.

Under this model, the construction, maintenance and operation ARHCs by either public or private entities will be their own vacant land.

Here, the government would actively encourage both public and private entities to proceed with developing ARHCs on unused and vacant land owned by them, with benefits and incentives. Many trade associations, manufacturing companies, industries, health and educational institutions, own large tracts of unutilised vacant land. 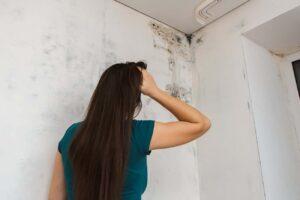 Molds are a part of the environment that can be seen growing where oxygen and moisture is present. Molds are a type of fungi that live in moist places like soil, plants or decaying matter. While molds play a part in nature by breaking down dead matter like leaves, fallen trees or debris, growth of […]

Why Your Business Needs A Custom Rug With Logo

Branding is matters. Your brand should be immediately identifiable. Your brand should be trustworthy, expert-level, and reliable. These are possible by using custom rugs with logo. Today we will show you why experts agree and how your company can help. You Require A Powerful Brand Branding is an essential part of any successful business. Logos […]

The Wisest Move Is To Purchase A Mobile Home!

Home is where the heart is. The living conditions and lifestyles of human beings have been evolving for years. Over time, people have experienced a change in their standard of living. People want to live a luxurious life but at a reasonable cost. People want to construct or buy a home that makes them feel […]